DECOLONIZING AND QUEERING THE STUDIO

The INTRO grant program for refugee artists of the Department of Culture and Media is aimed at refugee artists and persons who were professionally active in the cultural sector (e.g. cultural management, dramaturgy, etc.) in their countries of origin but had to leave them. Cultural institutions are supported in integrating an artist with a refugee background into their institution.

Yousef Iskandar is currently working at K3 Studios. He is a visual artist, performer and dancer from Lebanon and has been part of many art exhibitions and festivals. His work reflects gender roles, challenges established aesthetics, and combats fear and rebellion. He creates hybrid performances in which he takes clichés of masculinity and female seduction to absurdity: Oriental dance and cabaret meet audiovisual art and Arab Acid, merging into a new genre of his own. Yousef has collaborated on various artist projects and contributed to LGBTIQ+ collectives in different countries. Yousef conducts workshops for the queer community and the general public using his art practice as a tool.

As part of the twelve-month INTRO grant, Yousef Iskandar will use decolonial strategies as well as queer practice to transform the studio as a place of discipline and self-optimization into a safe space, a place of collective self-empowerment and even healing. For the project, K3 is collaborating for the first time with Migrantpolitan, action space for/by/with refugees on the Kampnagel site. In addition, Iskandar, as a solidarity agent, will bring his perspective to the institutional consultation for a solidarity institution.  Solidarity institutions borrow from the model of Solidarity Cities: a practice in which cities decide to extend state guidelines and develop their own strategies to provide all residents with equal access to social, economic, political processes as well as cultural, financial and spatial resources. This method is now being applied to the institution. Migrantpolitan has been engaged in expanding solidarity-based institutional practice since 2017. Together with Yousef Iskandar, K3 will explore, expand and practice its own solidaristic potentials. 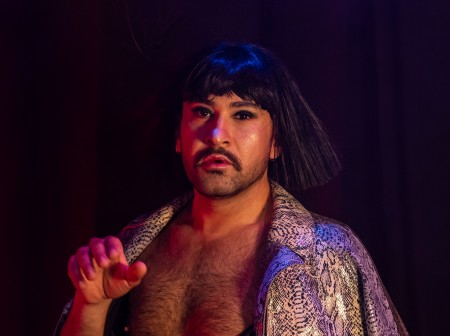